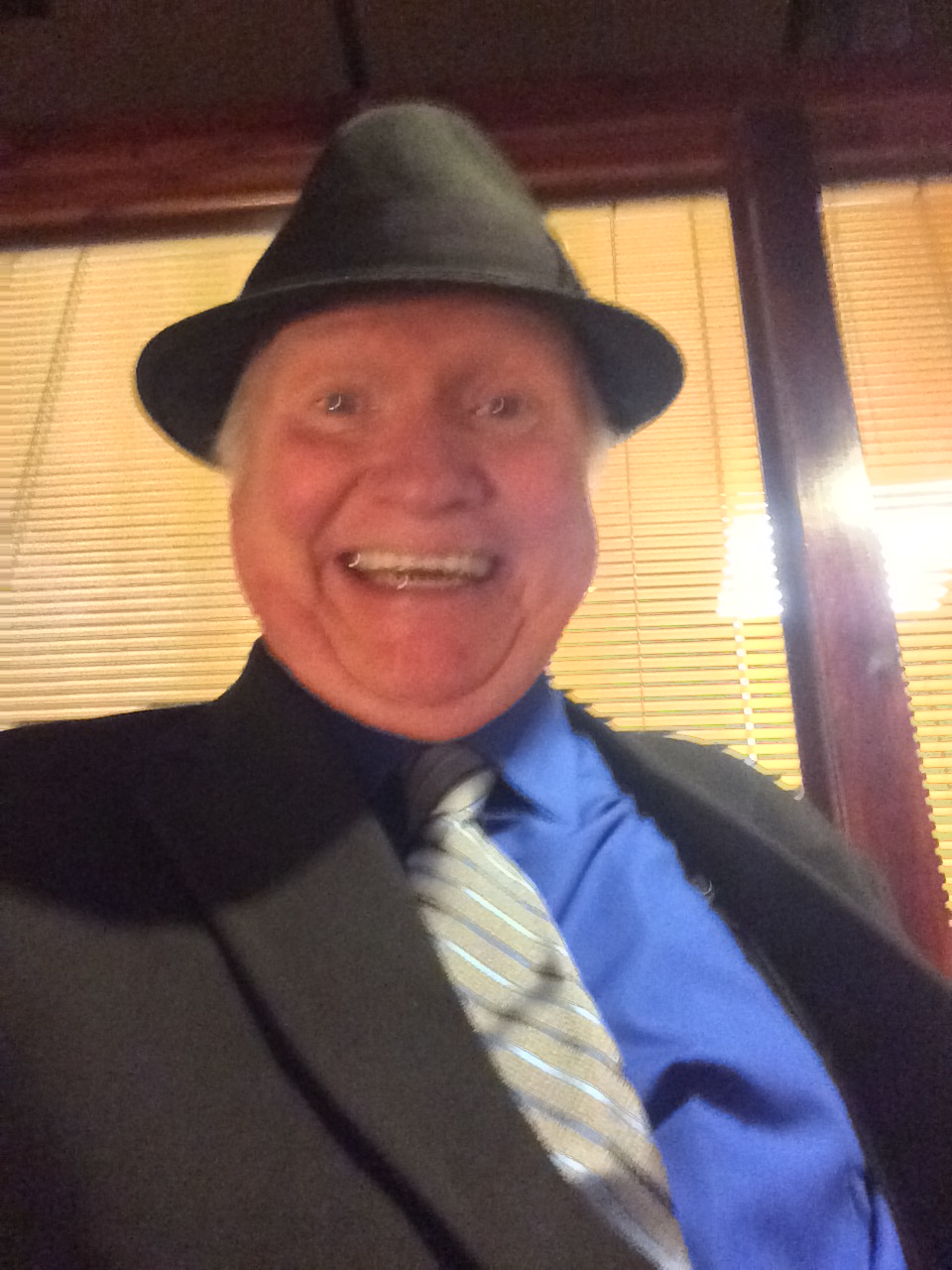 So who is Joe Strange you ask? Thanks for asking. I’ll give you a brief answer for those needing a quick read.

I’m originally from W. Lafayette. I get back there quite a lot. My mother still lives there and I visit her weekly.  I graduated from Purdue University with a BA in Performance. From there I performed in a Wild West Amusement Park in South Dakota. I was shot and hung many times. From there I joined the Ringling Brothers Circus as a clown. Three tours, four TV specials and one Home Video from 1984 to 1990.  Next came The Garden Brothers Circus of Canada and after that I was a clown for a small circus in New England called Circus Fusco. Then I became the Murder Mystery Guy. From time to time I’ll add more details to each story. Check back from time to time for more details. 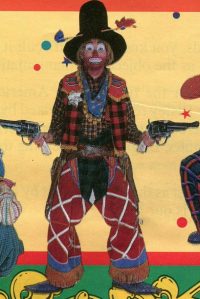 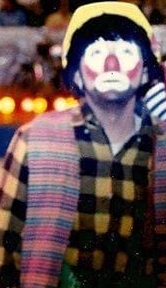 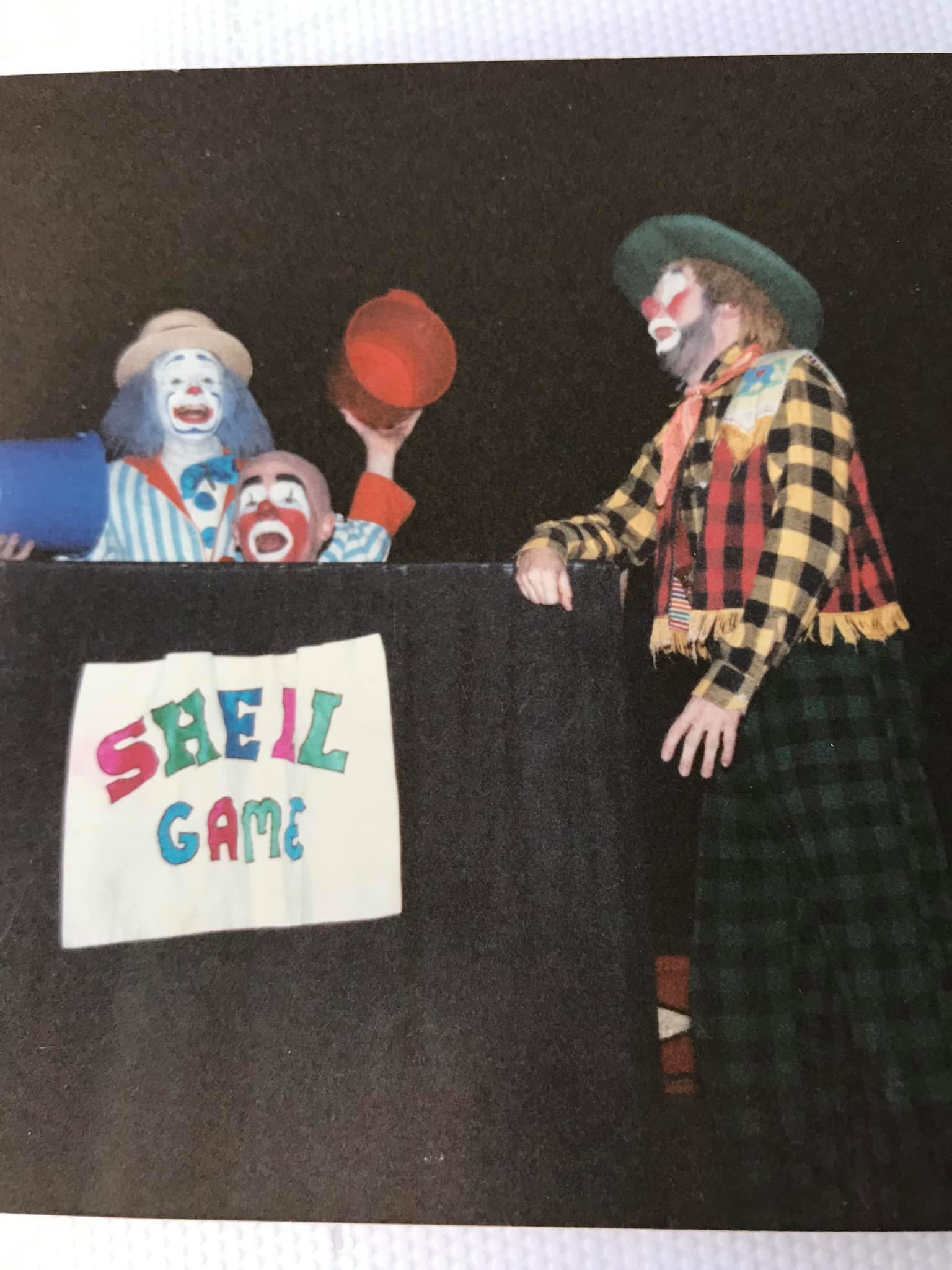 It was a shell game. I got water in the face at the end. 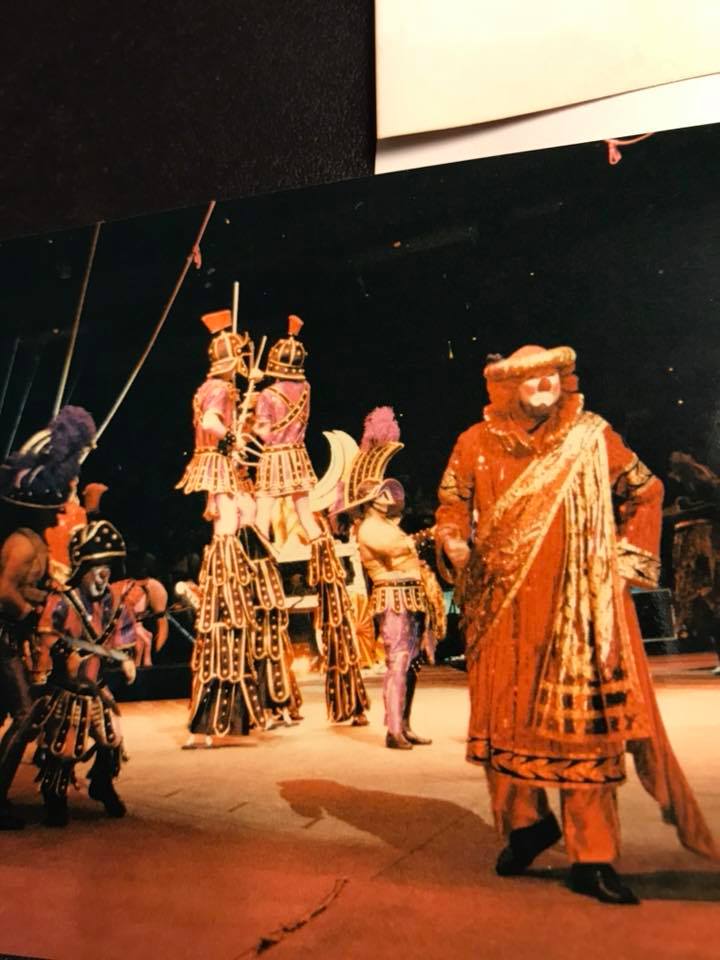 The onriginal name for this number was Spectacal. It was shorten to Spec. We all participated.

We all layed on the ground while the photographer climbed a ladder. 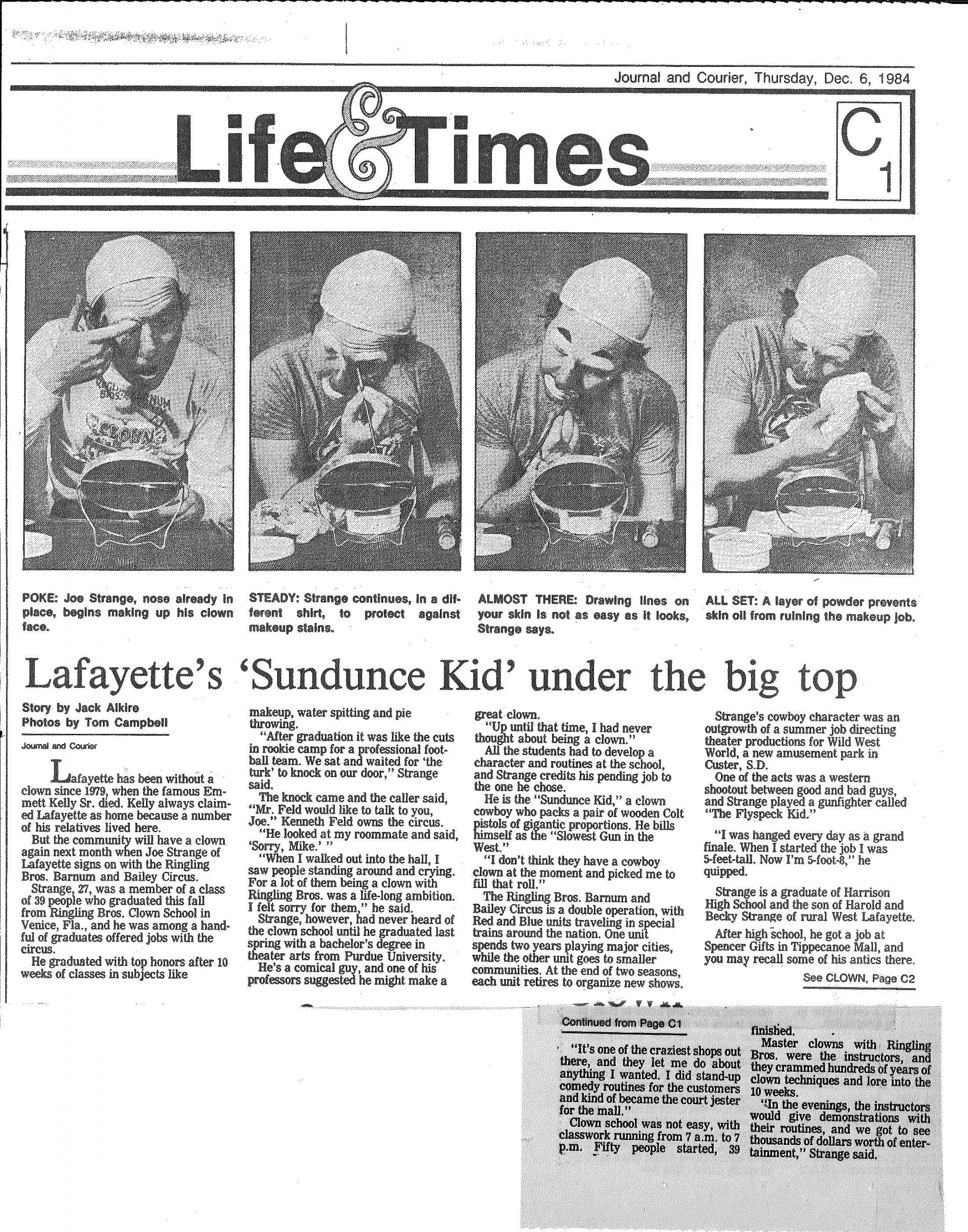 I appeared in the Lafayetter newspaper. 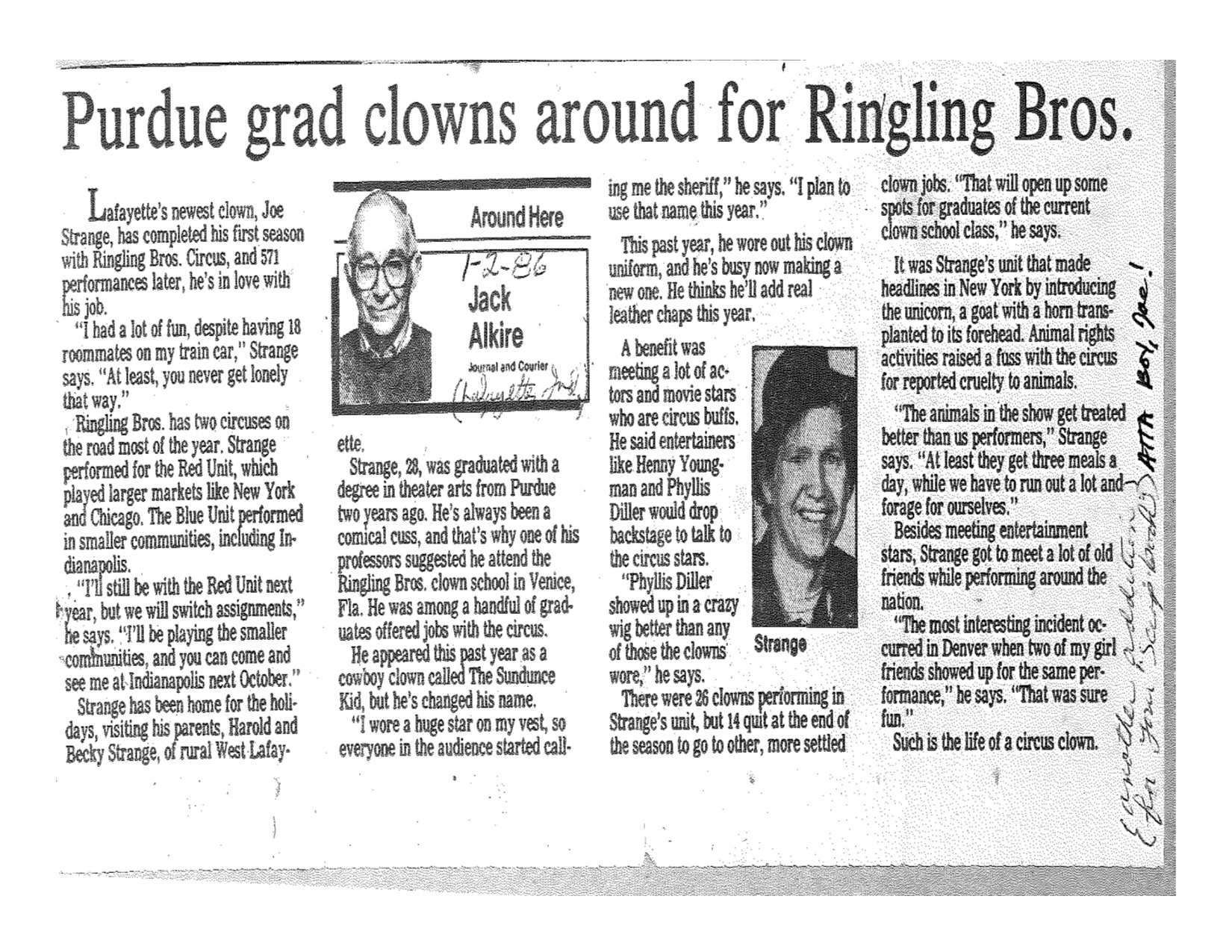 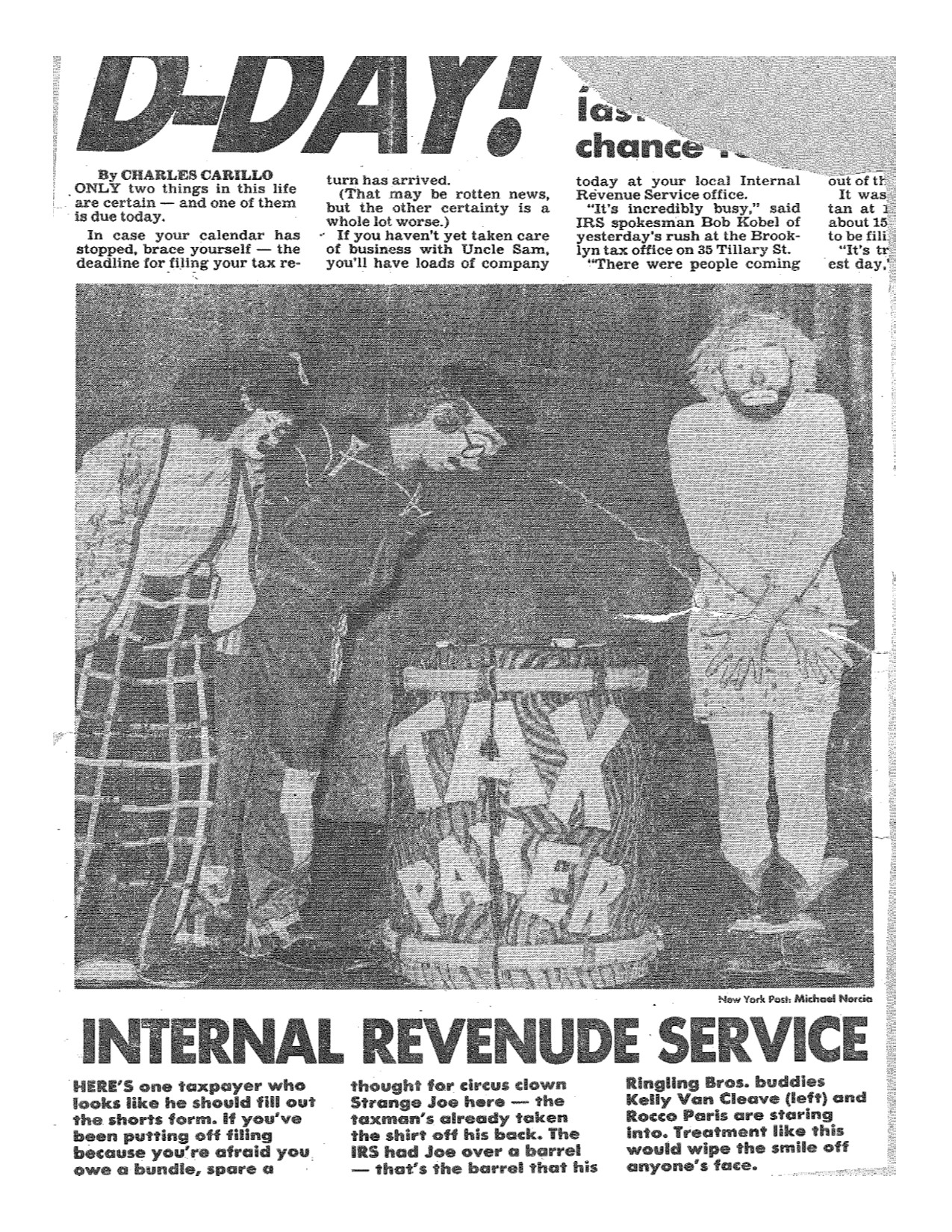 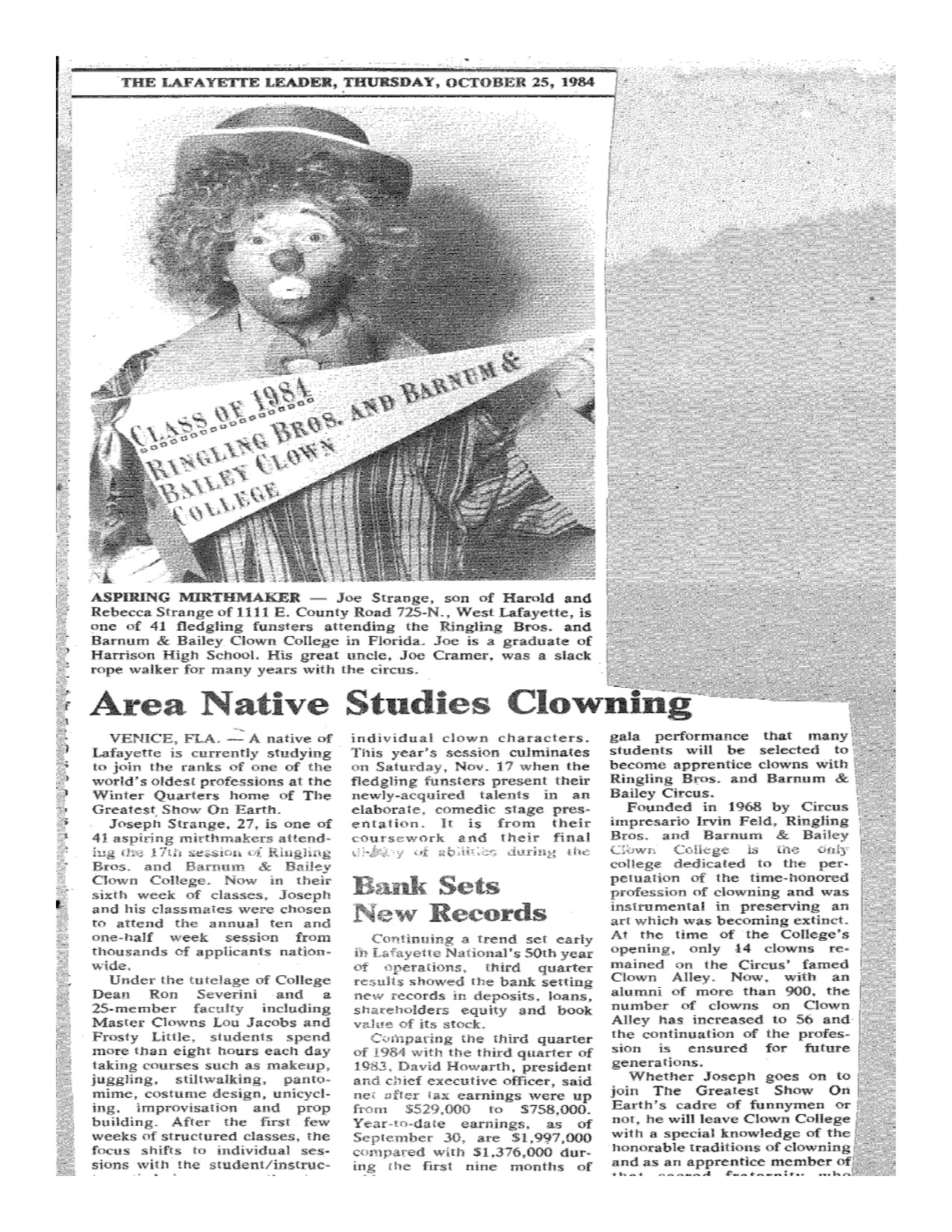 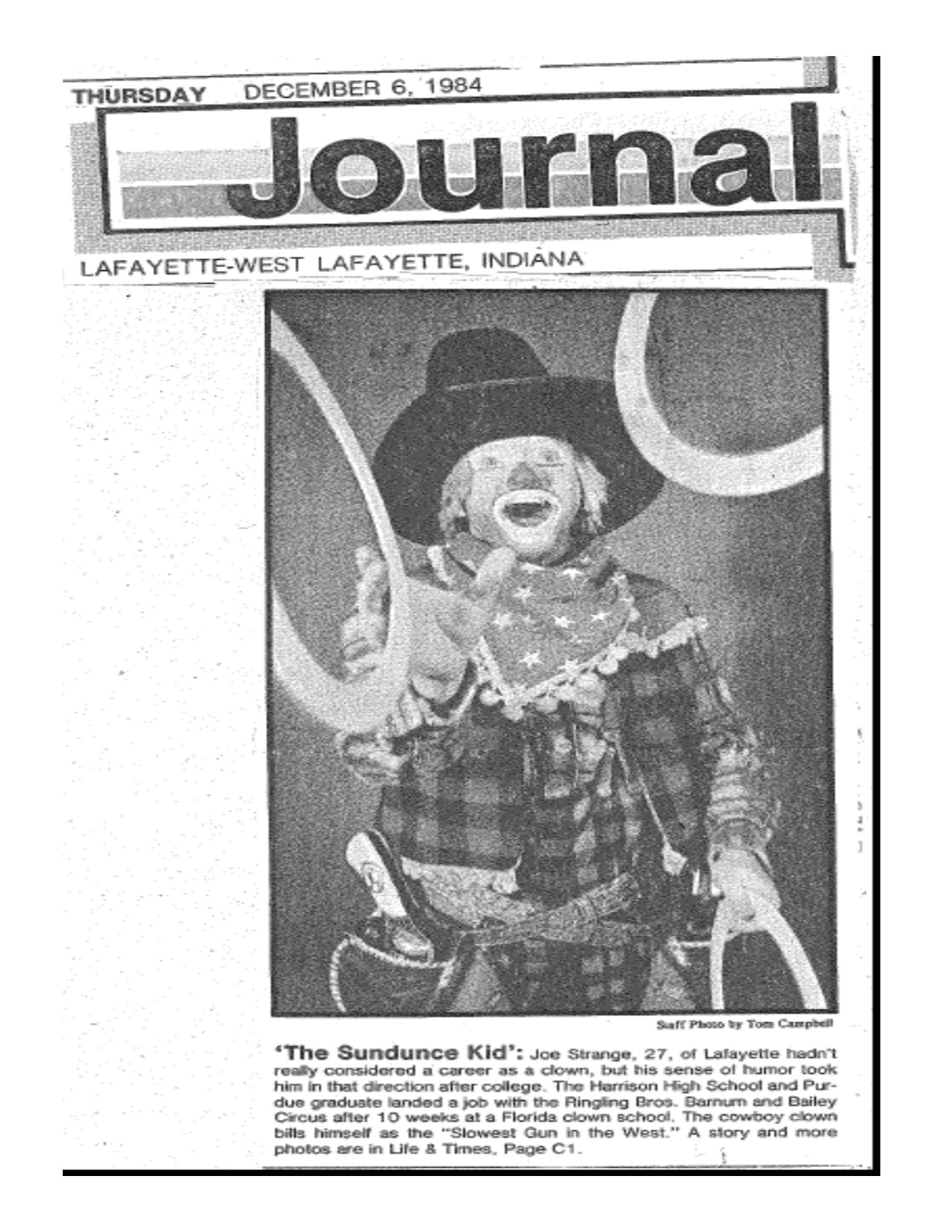 This appeared after I was down in Florida rehearsing for my first year on the show.