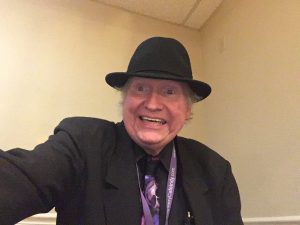 “Joe Strange is hilarious…flat-out hilarious! He brings all of himself to everything he does and “Joe’s Comedy Mystery Shows” have to be a must-see.”


I’ll go see anything Joe Strange is involved with– the man is funny, big hearted, and it is always a joy to watch him perform! Run–Don’t walk!–to the Comedy Mystery Dinner Theatre!

If you’re going out for an evening of murder, mystery, and fun, who would be better to be your tour guide than a man named Joe Strange?! Joe is a creative dynamo who wants nothing more than for his audiences to have a wonderful time and be truly entertained. No real crimes happen at Joe’s Mystery Cafe but be forewarned, you just might laugh yourself to death!”

Joe is one of those rare people who can make you laugh without him saying a word.
– John Sheese, the first clown Joe worked with